Skier Fabián Štoček at the Ironman 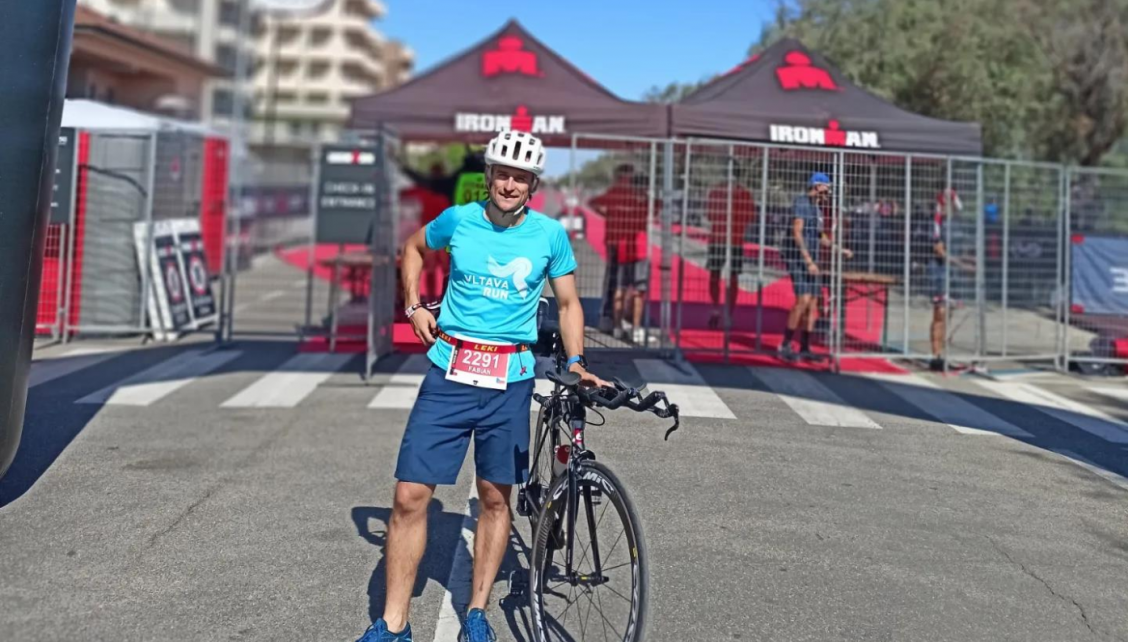 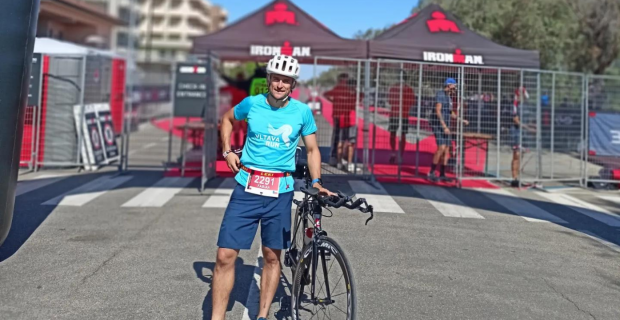 One of the Czech athletes who regularly takes part in Ski Classics long-distance cross-country races - Fabián Štoček - stood at the start of Ironman, an extreme triathlon, for the first time 14 days ago. It would be quite interesting to compare if all the elite Ski Classics racers took part in this type of race and how who would turn out. I believe Fabian would certainly fit in the top 10 in terms of versatility, maybe even better. Let's talk about the premiere extreme experience with this racer, who is a scientist by profession and is currently completing his postgraduate studies in neuroscience at the University of Munich. What do you think? First Ironman in 9:26? Pretty good, huh? Did you have any performance expectations before the race? When I signed up for it about 4 months ago, I just wanted to finish, but then after a week I thought it would be good to do it in under 10 hours to set a goal. Chatting with friends and counting times for transitions and laps, I then dropped the 10 hour goal after another week. So I was very surprised when I got off the bike and it was "only" enough to run a marathon in 3:30 to be well under that original goal. When I got to the finish line, I was really excited about that time.

Have you ever done a race or training session that long before?

I've never done a race that long. I've done a few trail races this summer that have been over 6 hours, but nothing over 9 hours with this intensity yet. How long have you been flirting with the idea of competing in an Ironman? And why did you decide to start now and in Italy? Last year when we were in Mallorca, we watched the start of the Ironman there and that's when I really started to think I should have a challenge for next summer. I've also been training with a friend of mine from the US who has done a few IMs. I told her to pick a race that could be done by car from Munich. She wants to qualify for the World Championships, so she picks her races based on the competition from the previous year, so we compromised. What discipline were you most worried about? My biggest fear was swimming. I've never swum more than 2 or 3km in my life, so it was a challenge. I swam about once a week in open water and in the pool and worked on improving my technique with another triathlon buddy from Munich. In the end, that was the least of my worries and I felt like that was where I could improve the most, even though it's such a small amount of time in total.

How long and how did you prepare for the race?

I started preparing when I signed up, so about 3-4 months. About a month before the race we did a half ironman distance in the mountains near Munich as training, the bike food and transitions were really good there.
In the winter it is possible to hide behind the racers, can this be practiced in a long distance swim in the water? Yes, I watched some videos on swimming tactics. It works the same way and one benefits from it even when swimming on a person's side with their head next to their hip. It was an interval start, so I managed to keep my swim goggles on and not get hit in the head. I chose to start after about a thousand competitors. There were 5 racers starting every 5 seconds. When I was in the water, the current everyone was swimming in was much warmer than the water around them due to the 1000 bodies in the water. The day before the race we went for a swim and there were a lot of jellyfish and I almost pierced one of them with my hand, I was scared of that in the water afterwards but luckily with the mass of people in front all the jellyfish got out of the way and the salt water also helped in the swim due to buoyancy.

Did you have any road time trial specials? How many times did you sit on it before the race?

I was planning on borrowing it from a friend I was there with who was planning on racing the half on Sunday. But on the day of my race, hail and flooding came in and an orange alert was issued; they banned Saturday's race.
In the end, the race was rescheduled for Sunday in combination with the half ironman, so I raced again on my regular road bike with modified aero rams that I sometimes ride into town or to work. I was well used to the bike, but it was definitely the cheapest bike in the field. It was a great feeling; overtaking people who had spent tens of thousands of euros on their bikes while my second hand dirt bike squeaked by.

Have you ever run a marathon before?

Yeah, I've done a few road marathons. One when I was starting my PhD, and I managed to get under 3 hours then. Three weeks before the ironman, I also did the OCC, which is part of the UTMB and is a 55km race from Orisiere to Chamonix, a trail race with over 3500m of elevation gain, which I did in 6:40, so I knew I could probably do the marathon. And what's it like to run a marathon after less than 4km of swimming and 180km of cycling? It was harder than I expected. The start was fine, but after 25km I ran out of steam, it was hot and I didn't have enough to drink, by the time I was on the last lap I was pushing myself as hard as I could and the thought of the finish line made me faster, the fact that I could still pass a lot of people during the run helped a lot too. I guess it's understandable that as a runner you'd be the furthest from the swim, you came out of the water in 491st place, ran the lap in 246th place and finished in 153rd place.

"So you've passed a few runners... Did that motivate you?

As I mentioned earlier, I chose a conservative start pace of about 1:20 swim, which I considered my limit. Passing people was really motivating, it started with people already swimming over me in the water, which I didn't expect at all. Definitely much better than the other way around, especially with such a staggered start. I'm sure you've had at least one crisis when it was the most exciting for you? The worst for me was the last 10km on the bike. My bike saddle was not made for a time trial.
so I was really looking forward to transitioning into the run. Unfortunately, my cycling jersey ripped right afterwards, so luckily I found a cotton t-shirt in the transition zone, as I was topless
you're not allowed to run with no clothes on. The next crunch came after the 25km run, when I was starting to feel the cobbles in my legs, but I wasn't close enough to feel the finish line yet. I had already gained some experience. Will you ever want to do the race again and improve your time? Towards the end of the race I was thinking ok, if I don't go under 9:30 I can come back next year, but since I made it I don't feel like I should pay the entry fee again next year, but maybe I'll have a similar personal project. I like the combination of disciplines when training.

Do you think this experience will give you something for winter racing?

At least the idea that I could complete something that long might help. It would be nice to have a similar fast feeling if I could overtake a lot of other skiers, unfortunately it doesn't really work in Ski Classic where drafting is legal and everyone starts at the same time and the courses are too narrow to overtake. I know because I tried it once before when I missed the start of Vassaloppet by 5 minutes a few years ago.