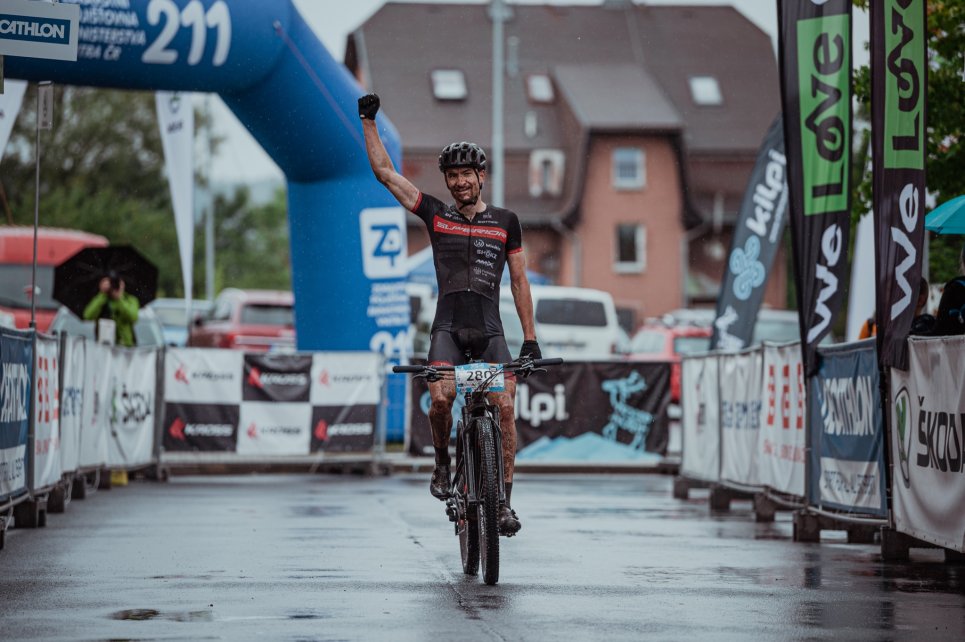 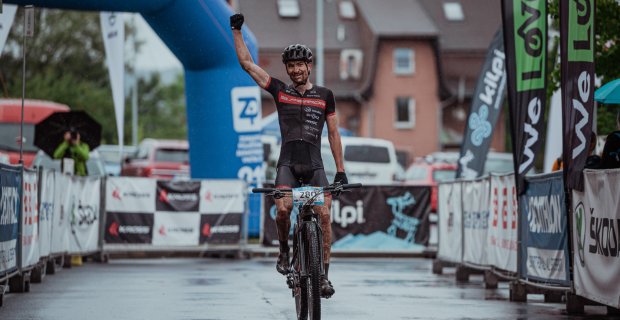 The sixth stop of the Czech MTB Marathon Cup was Karlovy Vary for the first time this year. Filip Adel (Superior Team) was the fastest on the hilly course in the vicinity of the spa town and thus consolidated his overall lead in the Cup competition. His teammate Jan Jobánek finished the race in fourth place. 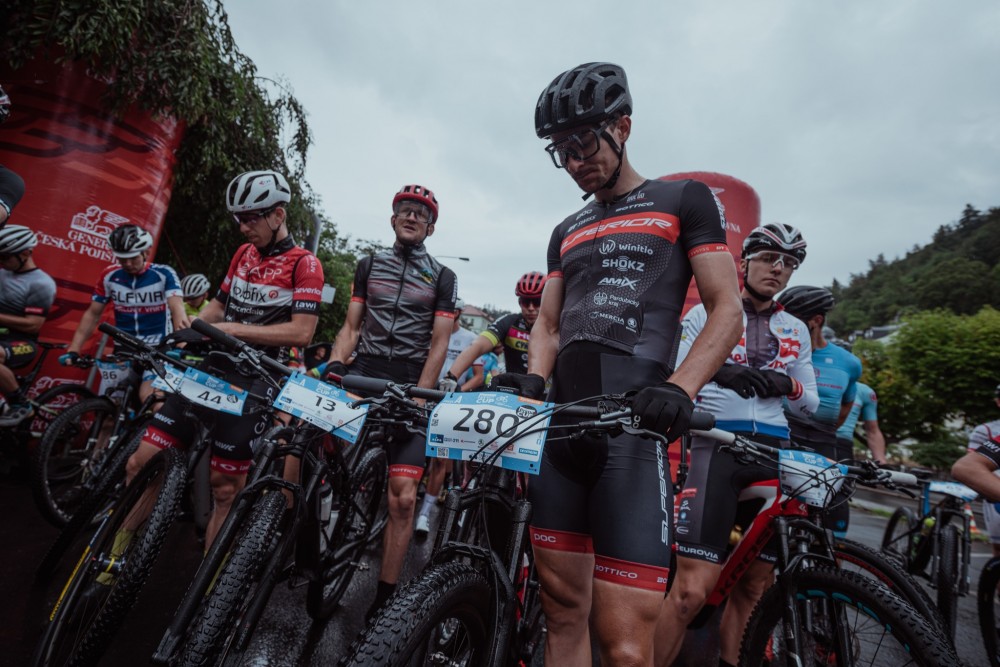 Heavy and persistent rain came down on the heads of the more than staggering starting field lined up in the centre of Karlovy Vary on the Theatre Square. The riders on the Cup's longest course were facing 65km of hilly and muddy terrain. Already the initial cobbled climb through the city streets selected a narrow circle of favourites. At the front was the Superior Team duo, Jobánek and Adel, Austrian Alexander Stadler, Michal Bubílek (KROSS BIKERANCH Team) or the XCO specialist of the Gapp system - kolofix team Jan Rajchart. The very first more difficult descent from the Diana tower stretched the initial group even further, Filip Adel took advantage of it, became independent at the front and increased his lead until the finish. 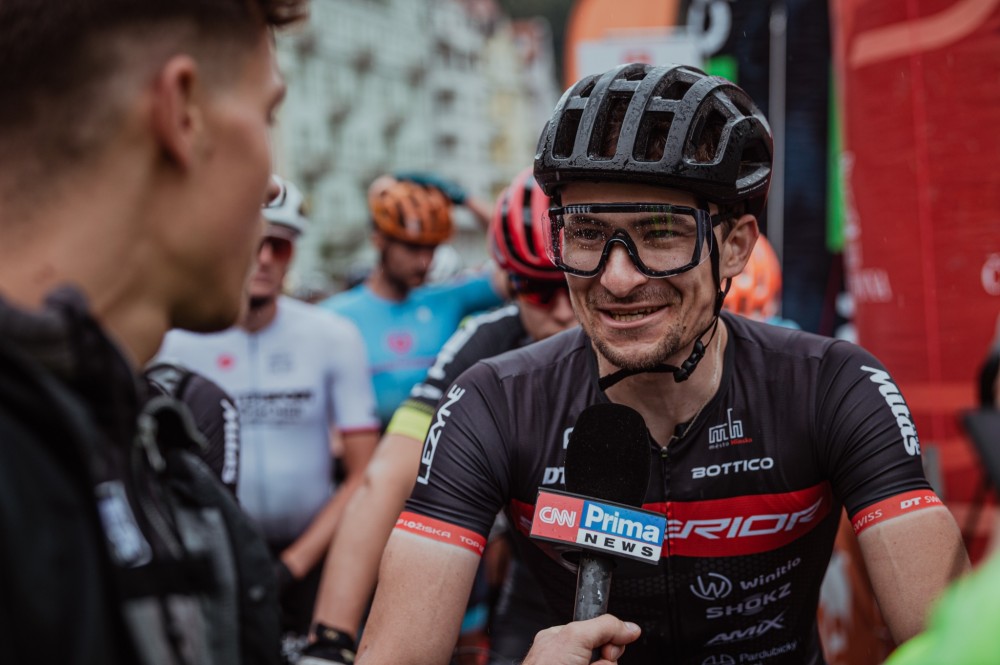 "On Friday evening it started to rain and in the morning before the start it was clear that it was not going to rain, that's why I didn't wait for anything and rode right from the start. The start was also technical, it was slippery in the corners and it got a bit too hot. In the transition passages on the roads in the second third of the race the guys in the pair behind me had the advantage, but I managed to keep a decent pace until the very end. This was again more physically and technically demanding, but I kept that in check and made it to the finish. It was my marathon debut in Karlovy Vary and I must say that the course was great", said the winner at the finish line.

Jan Jobánek was in the 4th-8th place in the group during the race. In the end he managed to sell his endurance skills and came to the finish to get the "potato medal". "The intense start of the race did not suit me very well. On the second climb, when Adlik came in, I had to slow down. But I gradually picked it up and managed to jump over a few people at the end. I don't like rain, cold and mud, but I enjoyed the track in Vary," said Honza Jobánek. 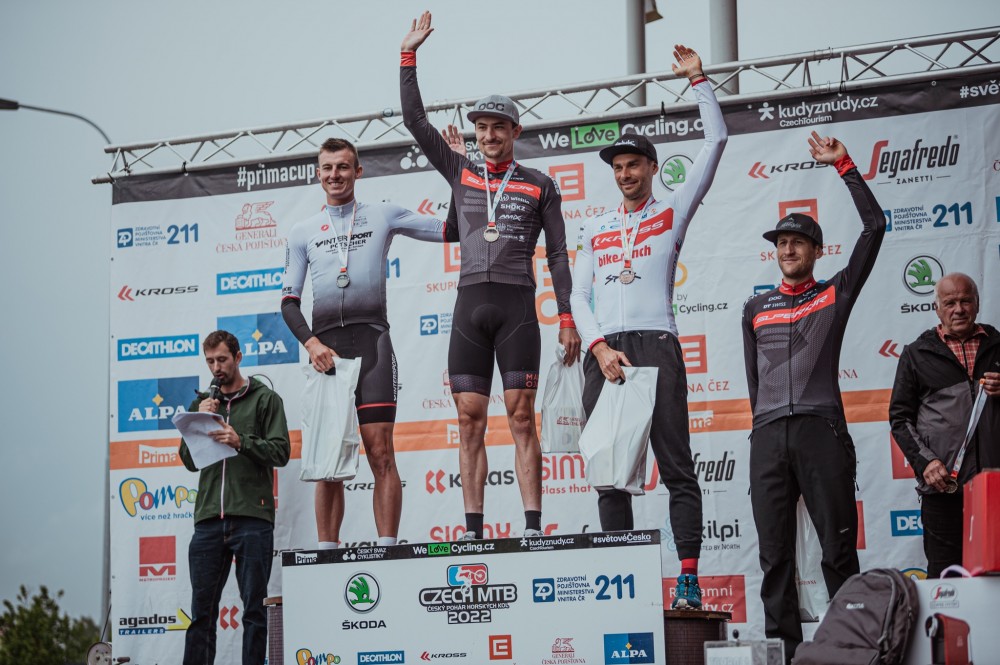