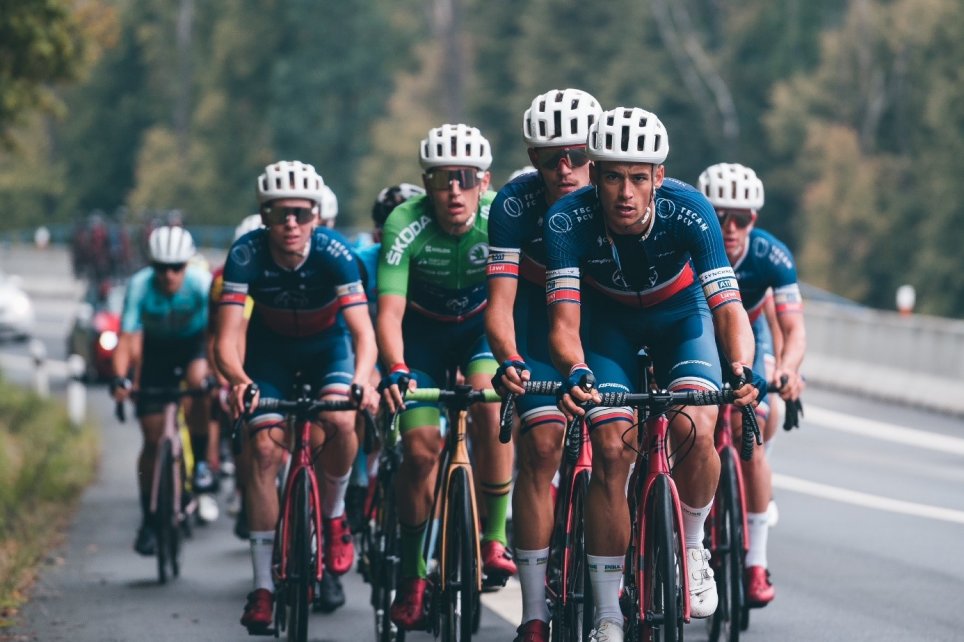 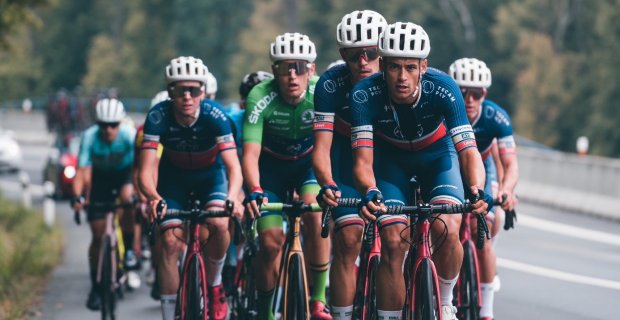 The penultimate round of the ŠKODA CUP 2022 road cycling series took place today in Hrabyně near Ostrava. ATT Investments cyclists maintained and strengthened their positions. They continue to lead the standings in all categories.

In the overall standings and in the U23 category, Jan Kašpar is still the leading rider, the new leader of the Best Newcomer category is Daniel Sporysch, who has taken over the lead from his teammate, the long-term injured Matěj Stránský, and ATT Investments is also the best in the team competition.

Today's race was held on a 13.3 km long circuit with an elevation gain of 181 meters. It was ridden 12 times, making a total of 160 km and 2200 vertical metres. The important thing was that the roughly 200 meter finish straight was preceded by a 3km climb interspersed with one shorter downhill, but the final 2km were pretty steep, with passages even around 12%.

ATT Investments were leading all of the announced categories ahead of this fourth Cup event, with the race in Kyjov cancelled due to a life-threatening accident involving an Austrian rider, and it was their aim to build up positions before the final race in Mladá Boleslav to ideally completely dominate the Cup. 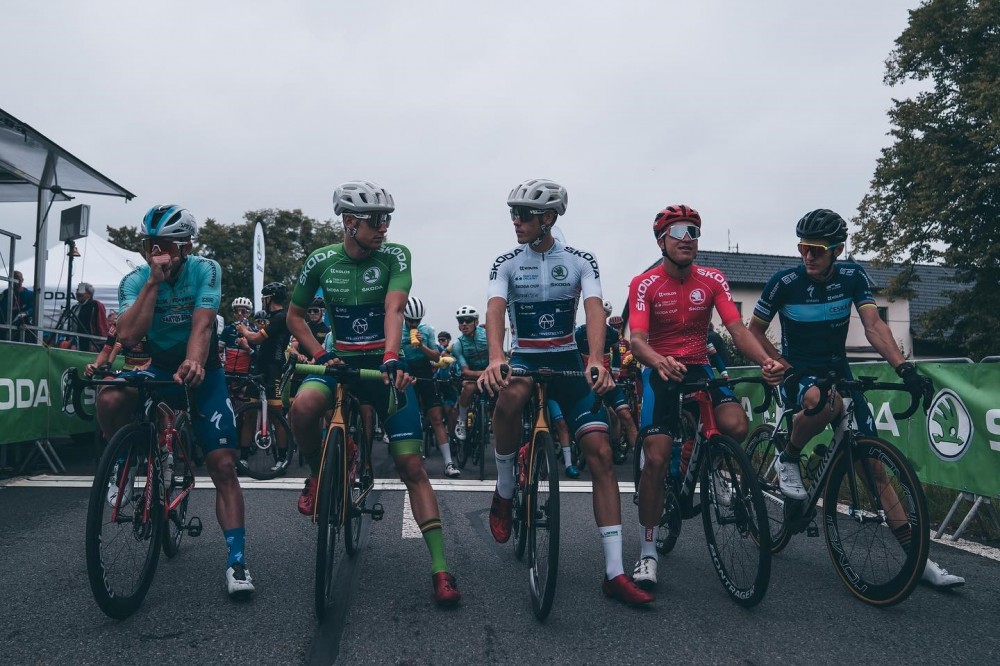 So he subordinated his tactics to that. Their biggest domestic competitor, the Elkov Kasper team, started with only three riders. In total, 87 cyclists presented themselves for the race, mainly from the Czech Republic, of course, but also Slovakia and Poland.

So when a group of six went off in the second circuit, in which the strongest teams had one representative each, and both Mathias Vacek, Jan Kaspar's closest competitor in the U23 category, and Adam Ťoupalík, a similar competitor in the absolute standings, were missing, the situation was favourable for ATT Investments. It was not in his interest to pull off the escape. And since there was no force in the peloton to take care of the descent, the breakaway held out until the finish.

The final result was decided on the final climb. The advantage went to those who are good climbers and have dynamic acceleration. Both are the strengths of Michael Boros, who won the race, with Karel Vacek, the second on the tape, being an excellent climber. The third place was taken by the representative of ATT Investments in the breakaway, Tomas Jakoubek. 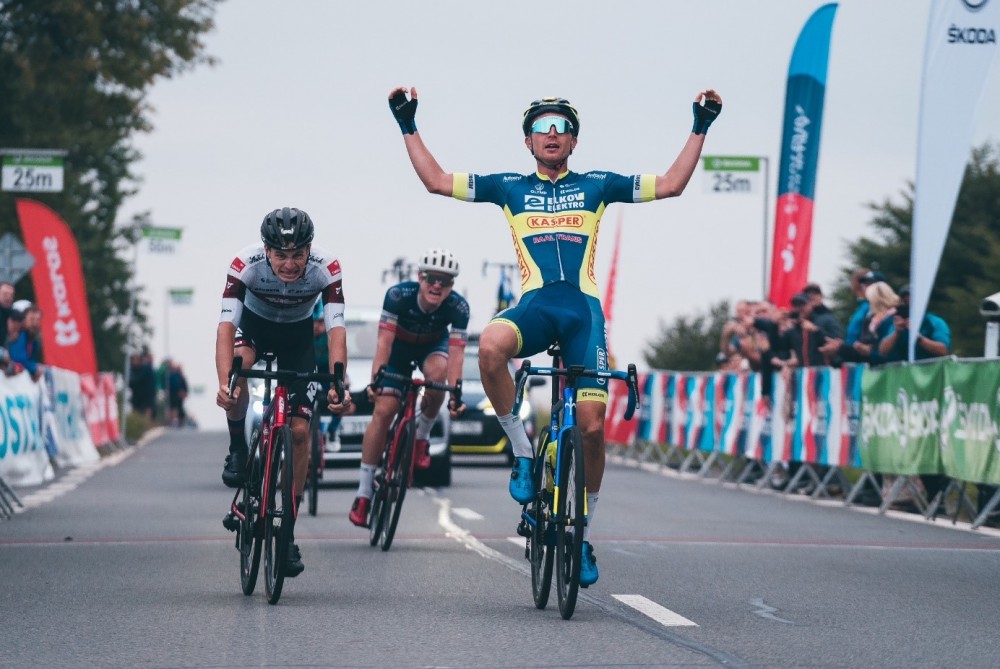 Juraj Sagan, wearing the jersey of Slovakia, finished fourth, Tomáš Kalojíros, who seems to have found his form after a serious injury, finished fifth, and Vojtěch Kmínek, the representative of Favorit Brno, was sixth with more than half a minute loss.

Before the last race in Mladá Boleslav, which will take place on 24 September, Jan Kašpar leads the standings with 96 points ahead of Michael Boroš and Mathias Vack, who have the same number of 81 points.

Daniel Sporysch, who finished the race in Hrabyně in 15th place, seems to have virtually no competition in the newcomers' competition, as he leads with 32 points ahead of the still second Matej Stránský by 9 points and the third in the standings Tomas Obdržálek has 9 points. 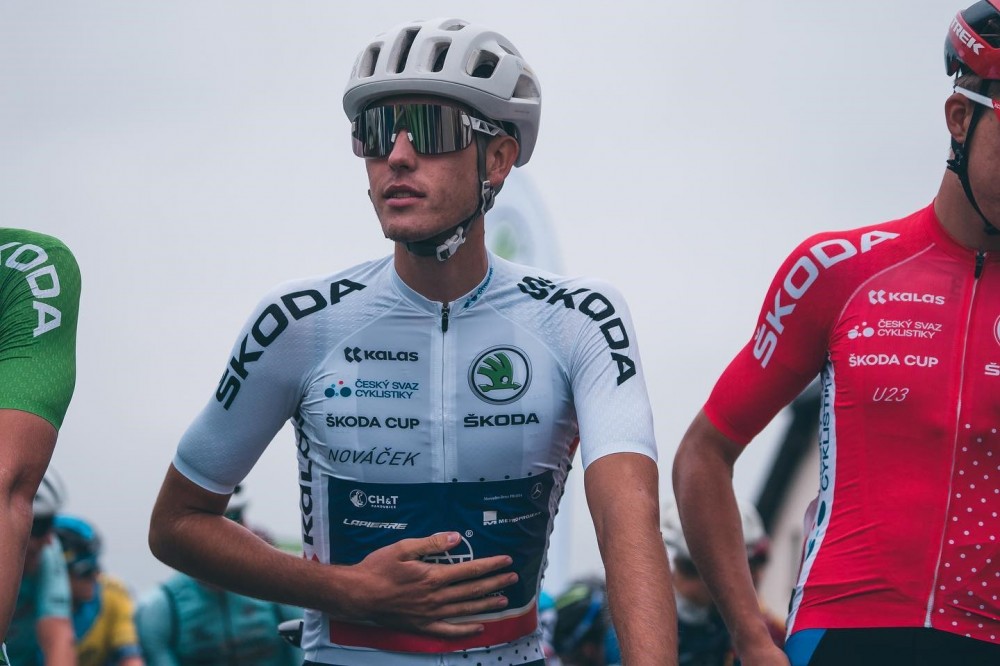 ATT Investments won the team competition today as well, so he has a 45-point lead over second-placed Elkov Kasper in the standings with 180 points and can only be overtaken theoretically.

"The Czech Cup is a very important competition for us. We wanted to secure the lead in all competitions today so that we could go into the last race in the best possible position. The development of the race suited us, we are satisfied with the result. The third place of Tomáš Jakoubek is very good in the competition of Boroš and Karel Vacek. Seven of our boys placed in the top 20. Tomáš Bárta didn't start, but it wasn't a profile that would have been too good for him and we are saving him for the Tour of South Bohemia, which starts on Thursday 8 September, where we want to do well again," he told RoadCycling. CZ sports director of ATT Investments Petr Kaltofen.