HOME / News / ATT Investments cyclists win the team competition at the South Aegean Tour. And not only that!

ATT Investments cyclists win the team competition at the South Aegean Tour. And not only that! 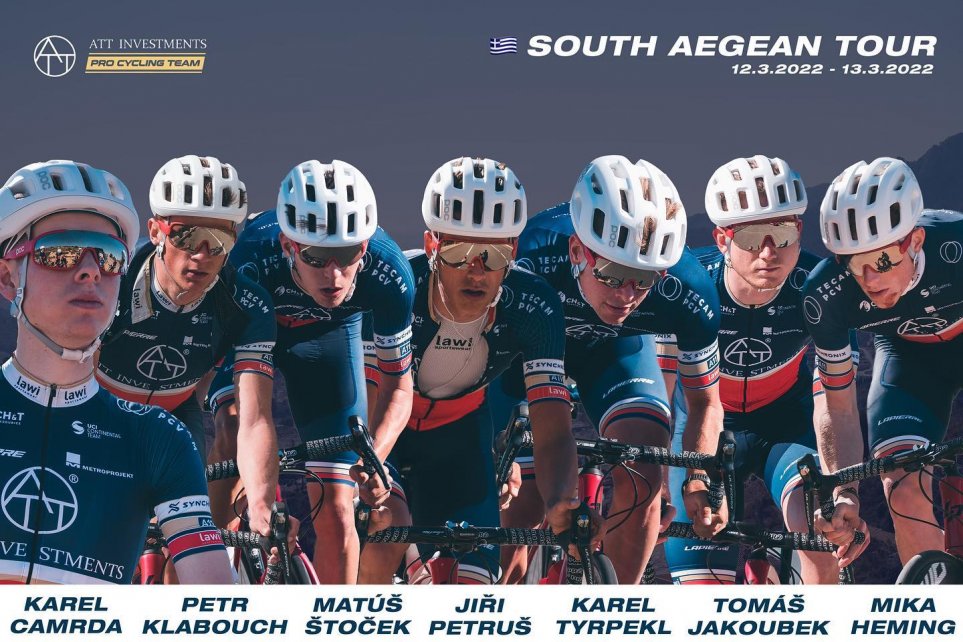 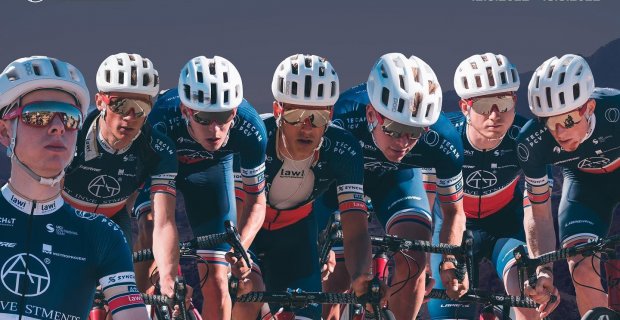 March 13. The goal of the second and final stage of the Greek stage race category 2.2 was, from ATT Investments' point of view, to maintain what they had built up in the first stage, and to try and take the top climber's jersey in a competition in which they were ranked Karel Tyrpekl. And both succeeded to a great extent, although the best climber was not Karel Tyrpekl, but Petr Klabouch! 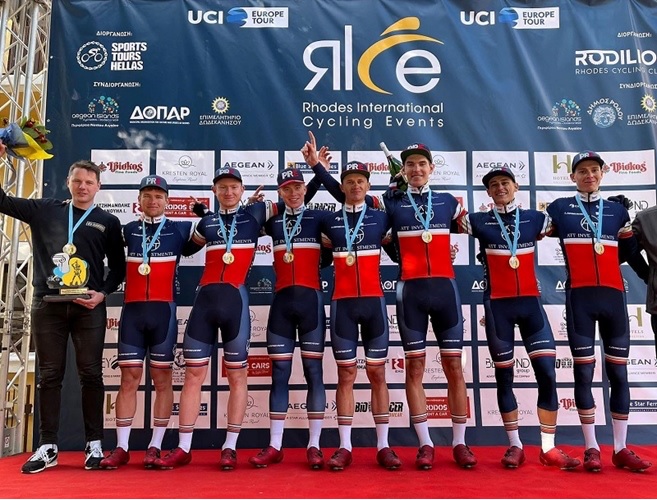 The stage was demanding not only in terms of the profile, when the circuit was ridden over one climb, which in at the end, but also because of the strong wind. The goal of ATT Investments was to get a man into the breakaway so that the other teams would have to pull and they could save their strength for the for the tough finish, which was a longer and steeper climb. This was done, with Petr Klabouch in the group of 7.

There were two climbing premiums up for grabs, with 5 points awarded for first place, and Petr can to win. So there were two options. Either Petr would win the first one and then he would be the team's for the team to hold on to the second one, or if he doesn't win, then take the breakaway and give it a chance Karel Tyrpekl to score points on the second VP and try to get to the front of this competition. Petr Klabouch made sure that the first option was realized. And so successfully that he also won the second premium and became the best top rider of the race!

The Lotto-Kern Haus, which had in its midst the current leader of the standings of the individuals, had to work at the front, but was not interested in taking the break completely, as they were dangerous bonuses for both the bonuses and the finish, which would have been dangerous if the breakaway had held, their arch rivals could not get it. However, the Vorarlberg team had the exact opposite intention, as they also ensured that the seven in the breakaway, who had built up a lead approaching 5 minutes, was caught with 15km to go.

It was then clear that the momentary performance on the final climb, where there was not much tactics could not be taken. At the finish, Matteo Dal-Cin of Toronto, Canada, was first. Hustle, a 31-year-old Canadian who had spent the previous four years with the Pro Rally Cycling team. And since yesterday and yesterday's stage winner Dressler of Lotto-Kern Haus finished in the same position time, but only in 7th place, meaning no bonus, the Canadian became the overall winner of the race.

The first group of 12, which finished in the winner's time, had only two teams of two people each. Firstly, Toronto Hustle and also ATT Investments. The steep and longer hill is a tailor-made terrain for Karl Camrda and he also finished the best of our team in 6th place. The most important thing was that on Karel Tyrpekl finished in 11th place and remained in 5th place in the final classification.

"We also wanted to keep the lead in the team competition. That's why we had a man in the breakaway and in the four guys were designated to make sure that the sum of the first three of our of the top three to secure the win in this competition," explained Petr Kaltofen, explaining the details of the team's pre-race tactics. As a result, the two who finished in the first group were joined in 15th place by Mika Heming, and if necessary, Matúš Štoček and Jiří Petruš secured 18th and 21st place respectively. The team's final record at the opening stage race in Rhodes, Greece, is extremelypleasing: 1st place in the team competition in a field of 18 teams,

including strong continental Vorarlberg, Lotto-Kern Haus and Coop, 5th place in the final individual standings, 1st and 3rd place in the and 5th and 6th place in the stages. An extremely successful start to the Greek mission! 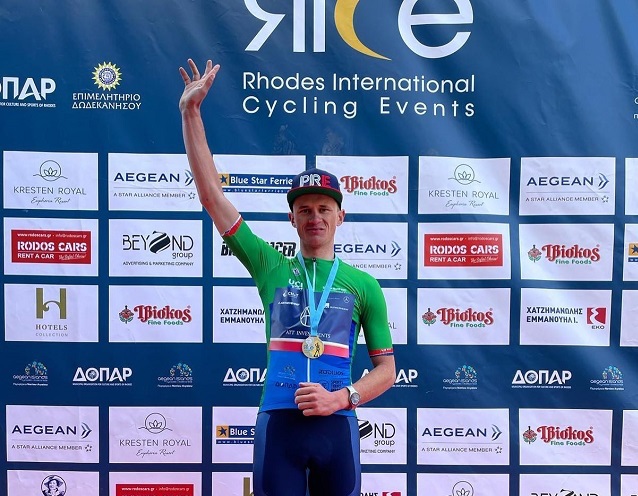